What can we map in researching live performance?

For literary historian Franco Moretti, mapping is an analytical process. The reduction, abstraction and projection of cartography transforms the place – the quality, character and specificity of geography – into geometry, diagrams of patterns, relations and forces.

The geo-coordinates of venues – their latitude and longitude – provide the basis for a cartographic representation of events. A venue is defined in AusStage as a place where an event happens; typically, a theatre building located at a street address or identified by geo-coordinates. The initial impulse for AusStage was that latitude and longitude were needed for venues which are difficult or impossible to locate via street address. In particular, the research team were mindful of the inadequacy of using street address to locate Indigenous performance and other site-specific genres of performance which occur outside built environs.

In AusStage, an event must happen at a venue, and can only happen at one venue. Multiple presentations of the same production at different venues (e.g. touring productions) are recorded as separate events. The venue is regarded as a key determinant of the significance and experience of a performance. This insistence on the venue's contribution to the significance of the event has proved pivotal to our cartographic efforts.

Three concepts – the event, the venue and the contributor – form the basis for a cartography of live performance: they are the basic entities we map. We have also developed further concepts which define sets of these basic entities.

On the dynamics of artistic collaboration

Maps are synoptic by convention. Events from different times are displayed up on a continuous terrain. Yet, contrary to this convention, our approach to the cartography of live performance brings the temporality of events to the fore. Time-range controls, timeline displays, time-series animation and the tracking of touring productions and artists' trajectories enable us to reveal the time-space dynamism of theatre production.

Whereas conventional approaches to theatre historiography analyse the play script and productions, the theatre company or the venue, the leading actors or the director-as-auteur, our approach to the cartography of live performance analyses dynamic patterns of artistic collaboration across time and space: the intersecting trajectories of artists moving between events.

These patterns are fundamental to the art form: theatre production brings people together in time and space. Yet prior to the advent of computer-aided data management and accessible cartographic tools, the scale and significance of these patterns was difficult to determine and an empirical analysis of their structure was practically impossible.

"And with a little luck," writes Franco Moretti, "these maps will be more than the sum of their parts: they will possess 'emerging' qualities, which were not visible at the lower level. [...] Not that the map is itself an explanation, of course: but at least, it offers a model of the narrative universe which rearranges its components in a non-trivial way, and may bring some hidden patterns to the surface" (2005, pp. 53-4).

On the production of theatrical space

Applying cartography to the study of theatre history extends a rich discourse on space and performance that was cultivated by artists and scholars during the twentieth century. English director Peter Brook (1968) offered an abstract yet active conception of space in performance in The Empty Space. According to Brook, the actions of a performer and the attentions of a spectator bring life to an 'empty space' transforming it into a theatre.

Brook's conception of 'empty space' shifts emphasis from the theatre building as the place of performance to the performer-spectator relation as an active spatial dynamic. Extending this theme in A Short History of Western Performance Space, David Wiles (2003) explores seven kinds of space produced in the history of western theatre: sacred space, processional space, public space, the space of the symposium, the cosmic circle, the cave and the empty space.

If the production of theatrical space is historical and dynamic, it is also complex, multi-layered and contested. Space in performance is not only related to the architectural place of performance, the theatre building or venue which usually defines the relationship between performer and spectator. It is also related to the imaginative space of the play script or story, its locale or setting as indicated by the performers' action and speech, and further signified on stage through the design of set, costumes, lighting and sound.

Focusing on theatrical practice in the twentieth century, Gay McAuley (2000) reveals the layers of spatial complexity as actors, designers, directors, playwrights and spectators collaborate to make meaning in theatre. These layers include the architecture of the theatre building and its location in urban space, the internal articulation of the theatre building and the stage-auditorium relationship, the design and construction of space on stage through sets and lighting, the animation of stage space by actors to represent imaginative places created in performance, and the spatial indicators in play scripts of relations between characters and their setting in actual and imaginary places.

Joanne Tompkins' contemporary study of spatiality in Australian theatre finds contestation in the theatrical 'production of space in a spatially unstable nation' (2006, p. 5). Tompkins enriches the discourse on space in performance by drawing new spatial metaphors from Una Chaudhuri's (1995) work on the geography of drama – geopathology, polytopianism, placelessness – and by analysing how theatre practice 'unsettles' the production of space in Australia in relation to three 'topoi' – monuments, contamination and borders.

In representing the production of theatrical spaces, these theatre scholars draw on a range of visual techniques: architectural designs of theatre buildings, photographs and sketches of set designs, three dimensional models, graphic representations of action on stage, textual mark-up of spatial indication in play scripts, and a descriptive vocabulary rich in spatial metaphors. But they have rarely used techniques of cartography or sought to represent the diffusion of play scripts through the distribution of theatre productions and the intersecting trajectories of artists. To adopt a distinction from  Moretti, we know much about the production of space in theatre, but less about the production of theatre in space (1998, p. 1).

In working with the map interface to AusStage, you will find these concepts useful. 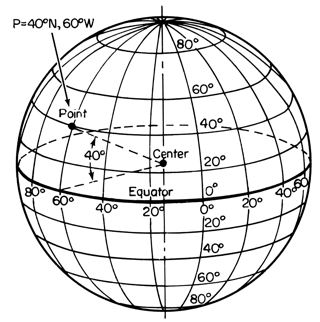 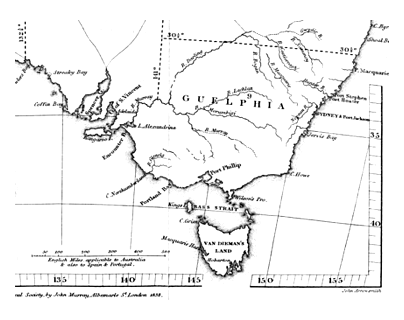 The approach to mapping live performance in AusStage reveals the time-geography of artistic collaboration and production. Other projects are exploring geographic representation in novels, plays and films.

A longer version of this account of mapping in AusStage is published in Bollen, Jonathan and Julie Holledge. (2011).  'Cartographic Revelations in the World of Theatre Studies', The Cartographic Journal, 48, 4, November, pp. 226-236.